The Colwall Ale House is a beautiful 16th century hall situated next to the churchyard of St. James The Great in Colwall Herefordshire, close to the Malvern Hills.

It continues to be used by the community after nearly 500 years and is available for hire by the public. It is used by many groups for club meetings, talks, yoga classes, annual dinners, birthday and anniversary parties, children's parties and wedding receptions. 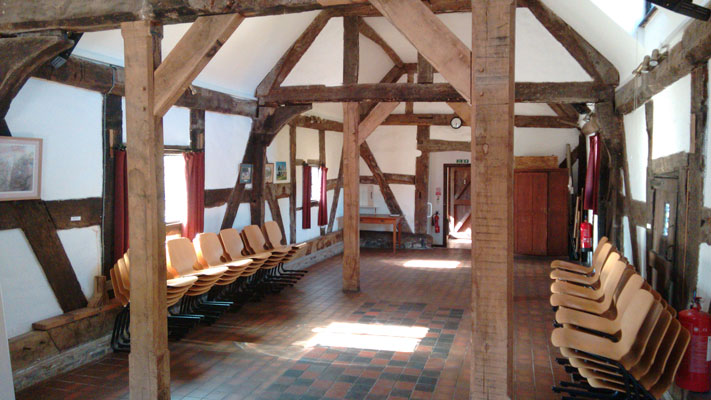 The Ale House was built in the early 1530s during the reign of Henry VIII. The date has been confirmed by dendrochronology, which involves taking samples of the original timber and comparing them to historic records of tree growth.

The building was originally used to sell ale to raise funds for the Church. A gathering at the Church Ale House would have been the equivalent of a modern day village fete. However, the Bishop felt too much ale was being consumed and this led to the Ale House being sold by the Church in 1614 when it then became an alms house for the poor of the Parish. It was last inhabited in the 1930s and then fell into disrepair. When Carl Attwood became Rector it was being used as a garden shed. He set about raising the necessary funds to restore it, which was no mean task, and this was completed in 1989 when the Ale House became the Church Hall for St James the Great.

Music concerts at the Ale House are held occasionally by Pindrop Events. 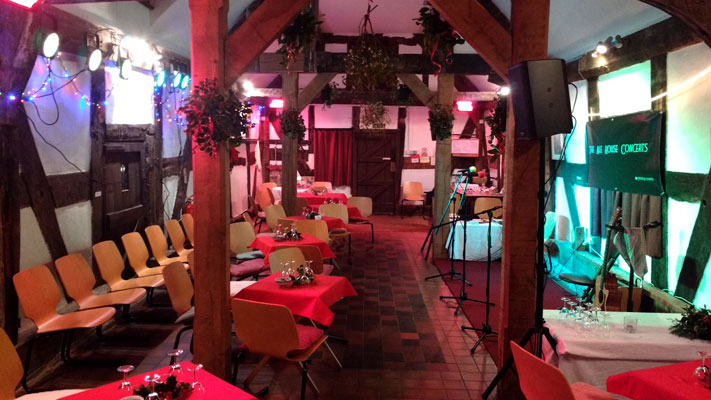